Welcome to critical theory, an academic field which began in the 1930s Germany and ended up influencing and being interconnected with all of the social sciences and humanities. It argues that social problems and inequalities in society are influenced (and created) more by society and culture than by individual and psychological factors. The goal of critical theory is that, by revealing and challenging these hidden power structures, we can liberate society and ourselves. In this course we will be looking at some key concepts and theorists that have been influential in shaping how we think critically, and which will help us understand why we think the way we do and why the world is the way it is. Beyond this, this course will be shaped by you and what you find interesting, and we hope that this will be an opportunity for creating knowledge together.

Welcome to critical theory! Before our first class, we want you to watch the video we made introducing our first session, and then you should read either one or both of these short texts ‘Hegemony’ and ‘Canon’. We want you to think about ‘what is political?’ and ‘what is the purpose of a canon?’ Looking forward to seeing you all in ‘real’ life!

Hello again! Before our second class on Materialism we want you to check out our short lecture video on the topic, this video: https://www.youtube.com/watch?v=CWF_0lkBhjY&list=PLvoAL-KSZ32f2WAqejJdLM2ByZWKpREt8&index=1 on Karl Marx and Marxism, and lastly this video on Cultural Materialism: https://www.youtube.com/watch?v=i7nED5SPYWI. We know this can seem like quite a lot, but the concepts and ways of thinking you will encounter today are key for the rest of the course. When you watch these videos we want you to think about ‘what does Marx mean by base and superstructure?’ and ‘do you find materialism helpful to understand the world? Does it make sense to you? why/why not?’

Watch the first video, the other two are optional. Video links:

Today we are continuing with the Frankfurt school by looking at Walter Benjamin’s thoughts on ‘art in the age of mechanical reproduction’ through the lense of art critic Jon Berger’s show ‘Ways of Seeing’ (https://www.youtube.com/watch?v=0pDE4VX_9Kk) – it’s 30 minutes, but so worth it! We also want you to look at this short clip from Kenneth Clark‘s Civilisation documentary from 1969 (https://www.youtube.com/watch?v=TxsVroiUHik).

Today we are looking at semiotics and the related concept of ‘myth’ – These theories are important because they reveal the way in which signs communicate ideas, attitudes and beliefs to us. In the context of television, film, newspapers and other forms of media, semiology explains the way in which images are used to represent and relay information to the audience. This can be quite a theory heavy, complicated concept, so these videos will be very helpful to help you understand:

Welcome back to the second week of Critical Theory! Today we will be looking at Benedict Anderson’s concept of ‘Imagined communities’ and in relations to this Edward Said’s work on the construction of the Orient (‘the East’) by ‘The West’. We want you to watch two short videos on these topics: https://www.youtube.com/watch?v=NExfbX7E42o and https://www.youtube.com/watch?v=Uwv9XjTZh2c

And here are some questions for you to think about:

Today we are looking at Stuart Hall’s analysis of muggings as a Moral Panic from his book ‘Policing the Crisis’.

For this lesson, please come up with three examples of moral panic. Think about:

-What is a scapegoat?

-Who do you see being scapegoated most commonly?

-What is the ideological function of ‘scapegoating’ these groups?

We’ve talked a lot about power, and critical theory has a lot to do with analysing power and capitalism and how myths and stories become naturalised through that power. And now it’s gender’s turn – dun dun dun! Today we will talk about how controlling gender, and the construction and reinforcing of the idea of a gender binary, has had a key role in the colonial project of empire and the development of capitalism – for even now it holds a key function in the workings of contemporary capitalism and the continuation of unequal power relations… dun dun dun!

Before this lesson we want you to watch these three videos (because they all provide key info and perspectives and are only 34 minutes all together): The first one is on the origin of gender: https://www.youtube.com/watch?v=5e12ZojkYrU, the second talks more about what gender “is”: https://www.youtube.com/watch?v=seUVb7gbrTY, and the final one is on the relationship between capitalism and gender (with a dash of witchcraft): https://youtu.be/tmk47kh7fiE?t=531

While you watch we want you to think about these questions:

-What does it mean that gender is (mostly) socially constructed?

-Why can we say biological sex is also (in part) socially constructed?

And finally these two interrelated questions:

-How has the western idea of gender binary been used to justify colonialism and racial hierarchies – aka white people’s superiority over “the others(s)”?

-What is the relationship between gender oppression and the rise of capitalism?

Today we dive into Emotion Theory and Queer Theory by looking at the political mobilisation of disgust!

And we’ve got a little task: Look into ‘The lavender scare’.

Some questions to think about before the lesson:

-How do we see disgust and emotion in general being mobilized in the Lavender Scare?

-How is ‘Americanness’ constructed in the Lavender Scare?

-What is it constructed in opposition to – as in what is ‘anti-American’?

-Can you think about other examples of disgust being mobilised in this way? For example In Bosnia & Herzegovina?

So some reflections on critical theory here: We have had a couple of people saying they want to talk about democracy, and Critical Theory in our eyes should be about liberation, about creating a better society, just as much as it is about recognising flaws in the one we have inherited and the ways it justifies itself.

In the spirit of thinking critically, we are linking to some critical perspectives on western liberal democracies, and alternatives to it – watch at your leisure. Looking forward to talking to you all about it <3 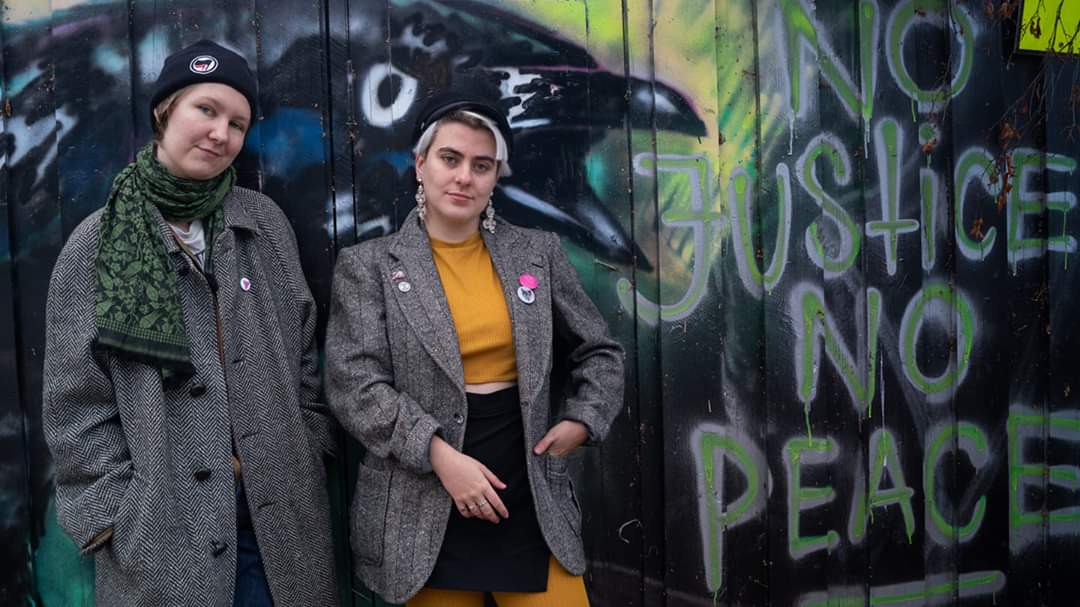